The Saskatchewan Health Authority (SHA) set itself a new record for COVID-19 vaccines administered in one day on Friday.

They performed 5,211 COVID-19 vaccines, the SHA announced during Saturday’s daily briefing. There have now been 75,501 vaccines to date.

For a listing of first and second doses in Saskatchewan administered by geographic zone, visit here.

There are 162 new cases of COVID-19 to report in Saskatchewan on February 27, bringing the provincial total to 28,506 cases.

Five Saskatchewan residents who tested positive for COVID-19 have died. The deaths were reported in the 80+ age group from the Regina (three), Saskatoon (one) and South East (one) zones.

There were 2,647 COVID-19 tests processed in Saskatchewan on Friday.

The seven-day average of daily new cases is 152 (12.4 new cases per 100,000). A chart comparing today’s average to data collected over the past several months is available on the Government of Saskatchewan website. The province’s dashboard has more data. 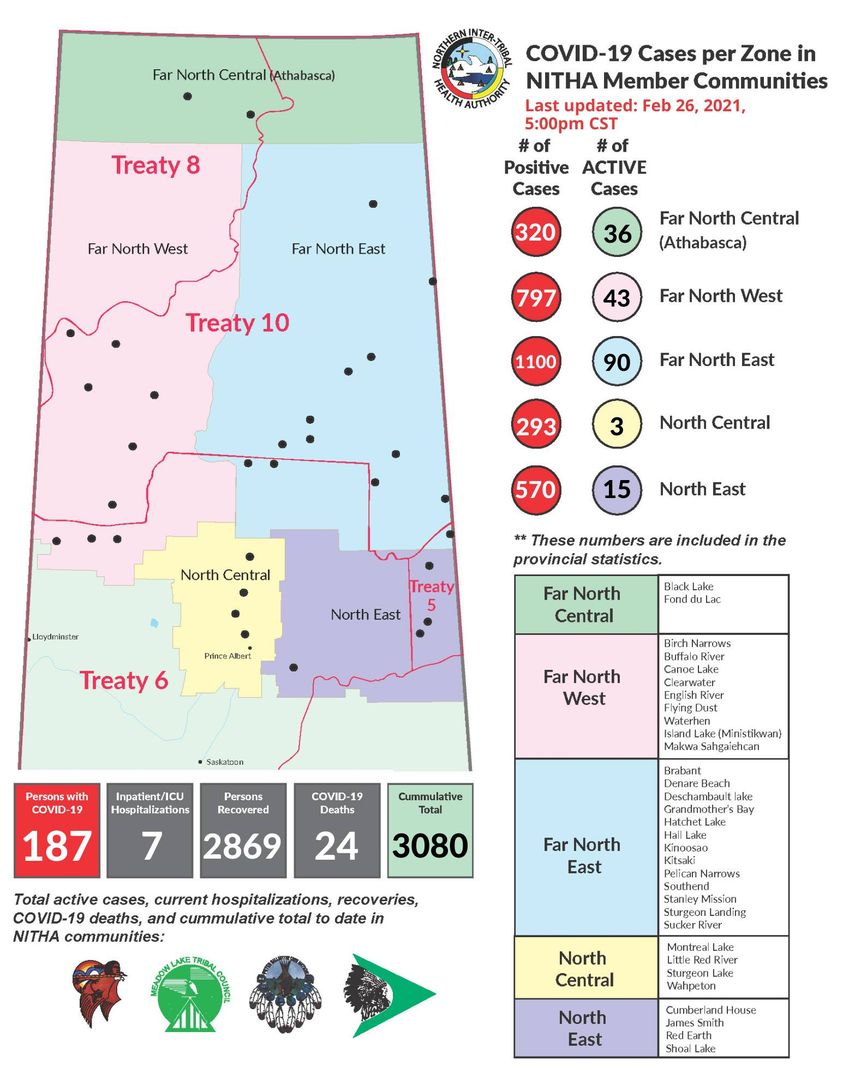 Majority of homicide victims in Saskatchewan are indigenous, stats reveal

Parents must accompany kids aged 5 to 12 to get vaccinated in Sask.

Nortepuro: A one of a kind brand taking the urban world of the young urban crowd to the next levels